Poly MVA is a promising  nutritional supplement used in conjunction with other therapies for alternative cancer treatment at Reno Integrative Medical Center. 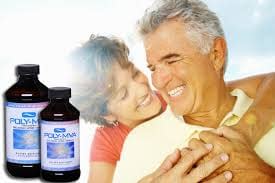 It is a patented combination of Palladium (a mineral) bonded with alpha-lipoic acid (a very powerful antioxidant) and also contains a combination of vitamins, minerals and amino acids.

It has also been found to be a very useful nutritional supplement that has many positive benefits for healthy people that promote energy production and potent antioxidant protection at the cellular level.

It is helpful in increasing energy, reducing fatigue while enhancing overall health and well being.

According to the inventor of Poly MVA, Merrill Garnett, DDS, PHD, cancer results from the failure of cells to mature. This in turn is caused by a problem of energetics in the cell’s metabolic processes. This compound assists in correcting nucleic acids in the DNA of genes. It has a negative effect on anaerobic cells (those that produce energy without using oxygen…i.e. cancer cells)

Remember: Cancer will not thrive in an oxygen rich environment. Cancer cells are anaerobic (Non oxygenated)

The beauty of this therapy is it does no harm to normal cells, in fact it strengthens them by supporting the energy production of ATP and increased oxygen pathways.

As research and anecdotal reports accumulate, there is increasing evidence that using Poly-MVA in varying doses supports health in many ways, however, the compound’s effects on cancer growth are quite amazing.

Dr. Merrill Garnett, head of the Garnett McKeen Laboratories in New York state, has spent the last thirty years researching over 20,000 compounds. He believed that electron transfer somehow held the key to understanding the genetic signaling that would transform cancer cells into healthy ones. Because of the unique biochemical and electrical properties of metals when bound to organic compounds, he believed that this would be the key. He was right , but it took decades for him to find the right combination.

When palladium is sequestered in alpha-lipoic acid, it is benign-useful, in fact, to healthy cells, but it is toxic to cancer cells at the same time.

It is designed to provide energy for the compromised body systems by changing the electrical potential of human cells.

This is why we are so excited to be adding it to our protocol at this time. Because it works so well with other therapies, it is an excellent “Booster”.