Oxidative therapies are a category of chronic disease  therapies that we provide at Reno Integrative Medical Center. It uses various substances to increase the oxidative stress or oxygen levels on the cells of the body.

“Why add oxidative therapies or (oxygen stress) to the body? 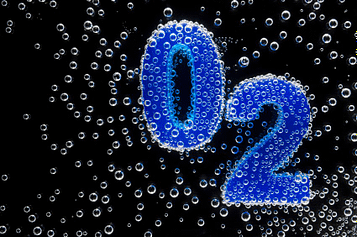 The idea of Oxidative therapy is to create a “Free Radical Storm” in the body.

Q: What is a free radical?

A: Simply put, it is a free oxygen molecule wanting to react with tissue.

Q: Why is this so harmful?

A: Because it damages tissue when it reacts with it.

Q: What is a “FREE RADICAL STORM”?

A: A free radical storm is induced through clinical proprietary methods to put fatal stress on cancer cells.

Q: What are some therapies that create a “Free Radical Storm”?

Luckily, normal cells have the ability to combat or reduce the damage of high free radical presence by activating an anti-oxidant pathway within the cell. Timely supplementation is also key.

Cancer cells cannot endure an onslaught of high oxidation because they create energy on a totally different pathway referred to as anaerobic metabolism.  They have no mechanism in place to deal with free radicals.

Normal cells have metabolic mechanisms to deal with and neutralize oxidative stress.  However, cancer cells and many microorganisms that are preying upon the body  cannot handle this stress and therefore succumb to it.

This is why oxidative therapy is an excellent avenue to both isolate and treat abnormal cells while not destroying normal ones.

From the very word, oxidative, it is obvious that these therapies consist of applying various forms of oxygen in to the body.  This is accomplished by introducing ozone, hydrogen peroxide and oxygen itself.

An indirect method for infusing an oxidating agent is high dose intravenous Vitamin C. Even though vitamin C is considered an anti-oxidant, in doses greater than 10 grams it becomes an oxidating force by stimulating the internal production of hydrogen peroxide in certain white blood cells.  This raises the blood concentration of oxygen.

Cancer cells are known to use a method of burning sugar without using oxygen. (Anaerobic metabolism.) These cells thrive in an oxygen poor environment. By raising the tissue saturation of oxygen, cancer cell growth can be slowed or even stopped.

There are times when a therapy called High Dose UVBI (Ultraviolet Blood Irradiation) is combined with the use of Ozone gas as well as the breathing of oxygen to raise the oxygen tissue level in the body.  This is often but not always followed by an IV of hydrogen peroxide.

These three together, create an extremely powerful oxygenated environment that is deadly to cancer cells yet non harmful to normal cells.

We use these therapies in conjunction with a multi-faceted integrative protocol to ultimately defeat cancer and many chronic infections (Hepatitis C, Lyme disease, etc.).

These therapies have been in use in Europe for over 50 years.  It’s value has been proven in studies at major universities but the FDA continues to deny approval in most states.