PRP or Platelet Rich Plasma is a powerful injection therapy now used at our clinic to better enhance the immune system to stimulate the body to start the healing process. It is part of an emerging new field of medicine called “Orthobiologics.” The philosophy of this field is to merge cutting edge technology with the body’s natural ability to heal itself. 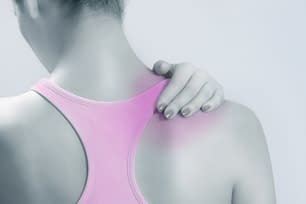 How Platelets and Plasma Work

Platelets are small discoid blood cells made in the bone marrow. For a long time, they were thought to only have a role in blood clotting; but research over the past 20 years revealed that they also contain many compounds that play a big role in healing of injuries, and the development of new blood vessels in damaged tissue.

Blood normally contains four main components: plasma (the liquid part), red blood cells (these carry the oxygen and carbon dioxide from and to the heart), white blood cells (these form a major part of the immune system), and platelets.

Typically a blood specimen contains 93 percent red blood cells, six percent platelets and one percent white blood cells. The whole blood is withdrawn in the same manner as for any other blood test, and it is then spun in a centrifuge for 15 minutes.

The buffy coat contains the white blood cells and the platelets. This is what is withdrawn with a small volume of plasma that is known as PRP. It also contains a small number of stem cells.

Most commonly today, these injections are used to treat a variety of joint, muscle and tendon injuries usually referred to as “sports injuries,” but it has possible applications to many other problems. Further use is being explored for treatment of chronic elbow, hip and knee bursitis and arthritis.

Use of this technology, in injection form, provides delivery of a highly concentrated, potent cocktail of growth factors and cells, to stimulate accelerated healing.

For those with more serious conditions, you might consider doing the next level of Stem Cells called  Amniosomes.  Amniosomes are the next generation of  Exosomes.