Ultraviolet Blood Irradiation or UVBI therapy is effective against many disorders.

Medicine of the future and the past!

Originally developed in the 1920’s, the United States used ultraviolet light to irradiate the blood. This proved to be very effective at treating a large variety of ailments while showing very little toxicity.

Ultraviolet light irradiation therapy became popular in Europe while pharmaceutical medicine gained a hold in the United States.  Since then, over 140 published medical studies have demonstrated the efficacy of this remarkable treatment and is beginning to re-emerge in the U.S.

In the following process, the smaller bacterial, viral or cancer cells are targeted and absorb five (5) times more photonic energy than normal cells which in turn kills them. This causes the dead cells to become “antigenic”.  An “autogenous (self-generated) vaccine” is thus produced.

When this ” vaccine” is coupled with the photonic energy given off by the treated normal blood cells, the microbes in your blood steam are rapidly destroyed. This is called “induced secondary immune reactivation.” 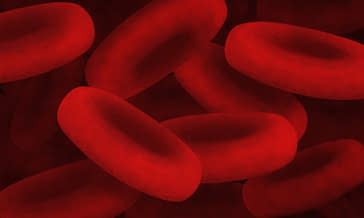 Steps in the UVBI treatment process

Similar to the process of donating blood,  this
“new and improved”  HIGH DOSE UVBI treatment uses the same principles but increases the blood volume by 3 times and  increases Ozone by 3 times, thereby making it 3 times more powerful.

The continuity with the blood is never broken for those people concerned about things like that.

This all takes no more time than before because of the use of a new high speed IV pump.

When medicines have failed,
BioPhotonic therapy has been shown to provide benefit.

Over 140 medical studies have been published showing the ability to super charge the immune system and kill bacteria, viruses, and spirochetes in the blood.  It has also been proven to improve circulation and oxygenation of the tissues, increase metabolism of cholesterol, uric acid and glucose, cut inflammation and reduce tissue pain.

The American Cancer Society says of this type of treatment, “clinical trials look promising for the treatment of immune system diseases such as multiple sclerosis, rheumatoid arthritis, lupus and rejection of transplanted organs”.

This therapy can be used to treat:

Why expose blood to OZONE?

Once the blood has been exposed to light in the UVBI therapy process, the blood is then infused with Ozone.

Oxygen is O2. Ozone is 03 (Three oxygen molecules bound together).

Medical ozone has been in use for almost half a century. It was first developed in Europe but quickly spread because it is very effective at curing diseases.

To be sure, breathing ozone is a very bad idea. It is extremely toxic and irritating to the lung tissues. However, when administered in an Ultraviolet Blood Irradiation (UBI treatment) it has been found to be very safe.

It is a known fact that many chronic diseases either are caused by or made worse by a decrease in oxygen utilization by the cells. It is also know that when blood is exposed to ozone, compounds known as ozonides are formed by interaction with proteins and fats in the blood.

These ozonides interact with other compounds inside the cells that stimulate oxygen utilization. This could explain the many and varied beneficial effects.